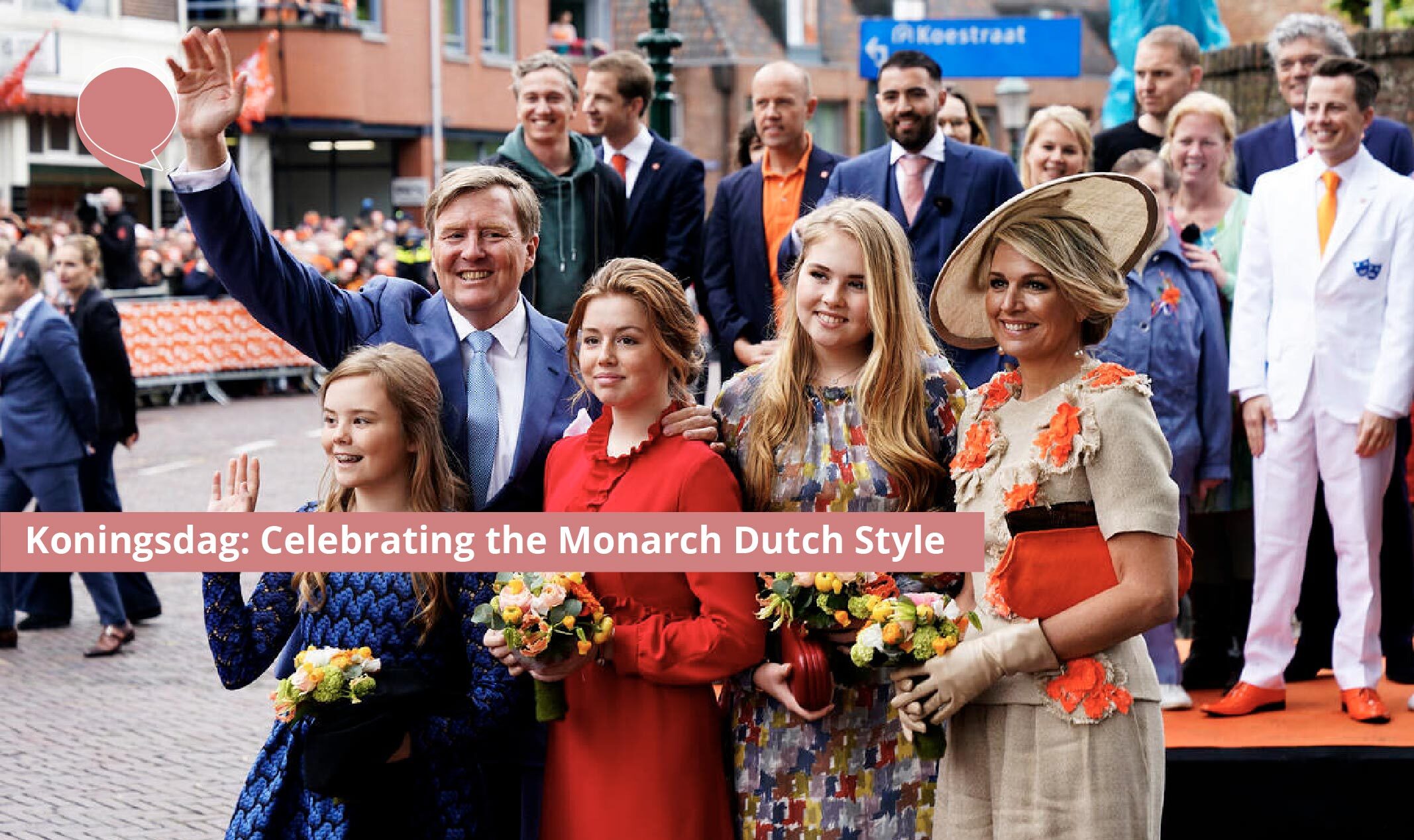 One particular mirror in which you can closely observe a country’s culture and its do’s and don’ts, is how it celebrates its festivities. And that can be either local varieties of festivities that are celebrated in large parts of the world, like carnival, or festivities that are only part of the local tradition, like ‘Koningsdag’ [pronounced koːnɪŋzdɑx, listen]. Koningsdag is the day the Dutch celebrate their King’s birthday, and it is the topic of this edition of the blog.

A distinct characteristic of the Dutch culture is that, compared with many other cultures, it is quite egalitarian: there is little hierarchy, and if it’s there at all, it is largely hidden. You can observe something similar in for instance most Scandinavian cultures. Some cultural experts go so far as to say that ‘the Dutch are almost allergic to hierarchy’.

I know that at the university, where I work, international colleagues who come from more hierarchical cultures, often need to get used to how directly Dutch students engage with their professors, as if they were on an equal basis. And the same goes for internationals in companies in the region, when it comes to the interaction between Dutch workers and their superiors. And let me emphasize: the Dutch would not want it any other way!

That character trait of the Dutch can definitively be observed in how they celebrate their king’s birthday. As the website Expatica put it: “Most countries with royalty celebrate their monarch’s birthday with pomp and ceremony. The Dutch, in contrast, hold a giant open-air market and paint the town orange”.

Moreover, the Dutch king celebrates his birthday as much with the people as possible. Yearly the king, accompanied by the queen and his 3 daughters, and often a large part of the extended royal family, visits one particular city or village to celebrate his birthday with and among its inhabitants. A tradition that was initiated 40 years ago by the king’s mother, Queen Beatrix.

And that can lead to some remarkable moments, to say the least. Like on that particular ‘Koninginnedag’ (queen’s day) in 1999, when then Queen Beatrix and her family celebrated the day in the village of Houten. As part of the celebrations the royal family took a little bike ride (indeed!). And prince Claus, the queen’s husband and the current king’s father, ended-up with a lady riding with him on the back of his bike.

In many countries, if something like that could happen at all, it would cause an outrage (‘Disrespectful!’ ‘Breach of security, where was the police!’). But the Dutch just thought it was the moment of the day.

Officially the Dutch royal house is known as the ‘House Orange-Nassau’. In short, people also speak of the House of Orange. And the long connection between the Netherlands and this House has resulted in the color orange being the Dutch national color. Many Dutch sport teams (football, field hockey, you name it), when they can play in their own colors, they play in orange shirts. And on Koningsdag most Dutch people will either be dressed in orange, or have at least a little orange attribute or make-up on.

Compared with some other countries, the Netherlands is not a ‘heavily flag waving nation’. We largely reserve the flag for official national events. Like Koningsdag, Commemoration Day (May 4th) and Liberation Day (May 5th). If and when we wave the flag, you can always tell if the occasion has to do with the royal house, because then the Dutch red, white and blue has an orange banner in top. 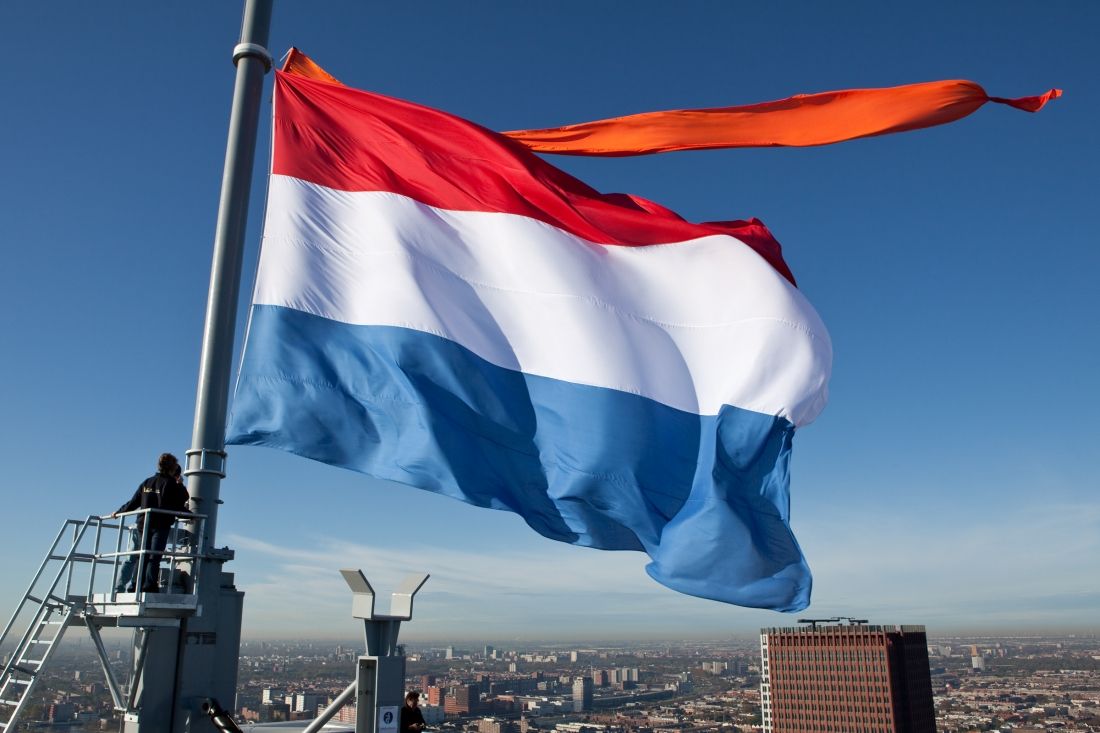 This year it is Eindhoven’s turn to host the king and the royal family, on Koningsdag. In normal circumstances that would have meant that even larger crowds than usual would have come to the city (since a number of years, Eindhoven draws the second largest Koningsdag crowd, with only Amsterdam seeing an even larger one).

But obviously this year things will unfortunately be different. Rather than being in the city center, the king will be welcomed at the High-tech Campus where, from a special TV studio, a largely online program will be broadcasted. But Eindhoven will not let the occasion go by totally unnoticed, and as the day approaches you’re bound to read and hear more.

One thing I already mention here, because it requires a bit of preparation. That is the ‘King for 1 Day’ initiative. The city specifically also invites international inhabitants to nominate their King for 1 Day (or their queen, obviously). For more information please visit the web page of the Expat Center. 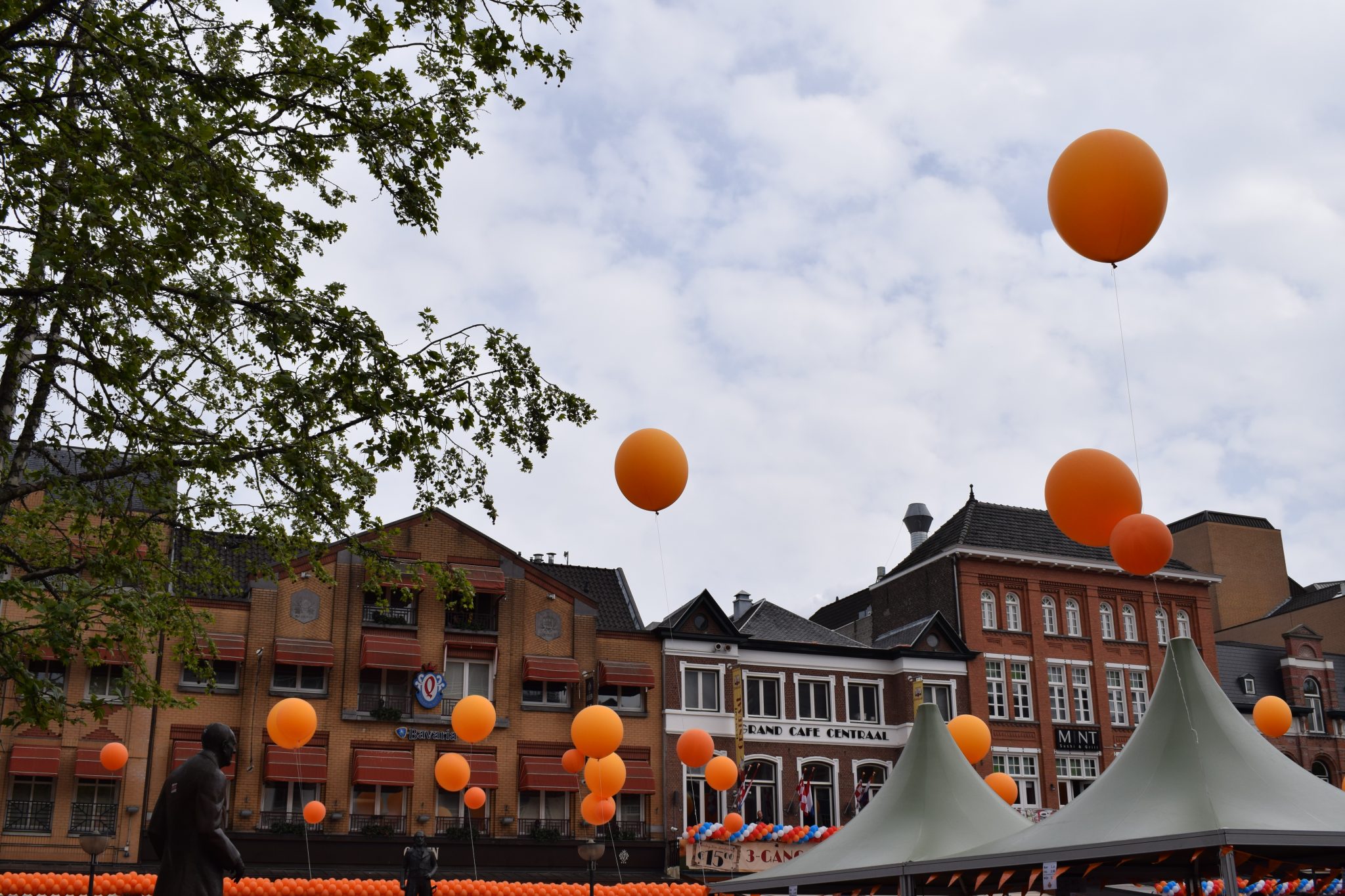 More information about the royal house on their own website, and on a Wikipedia page about the Dutch monarchy. 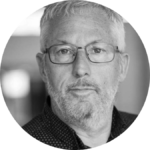