Back to an old Dutch quality? 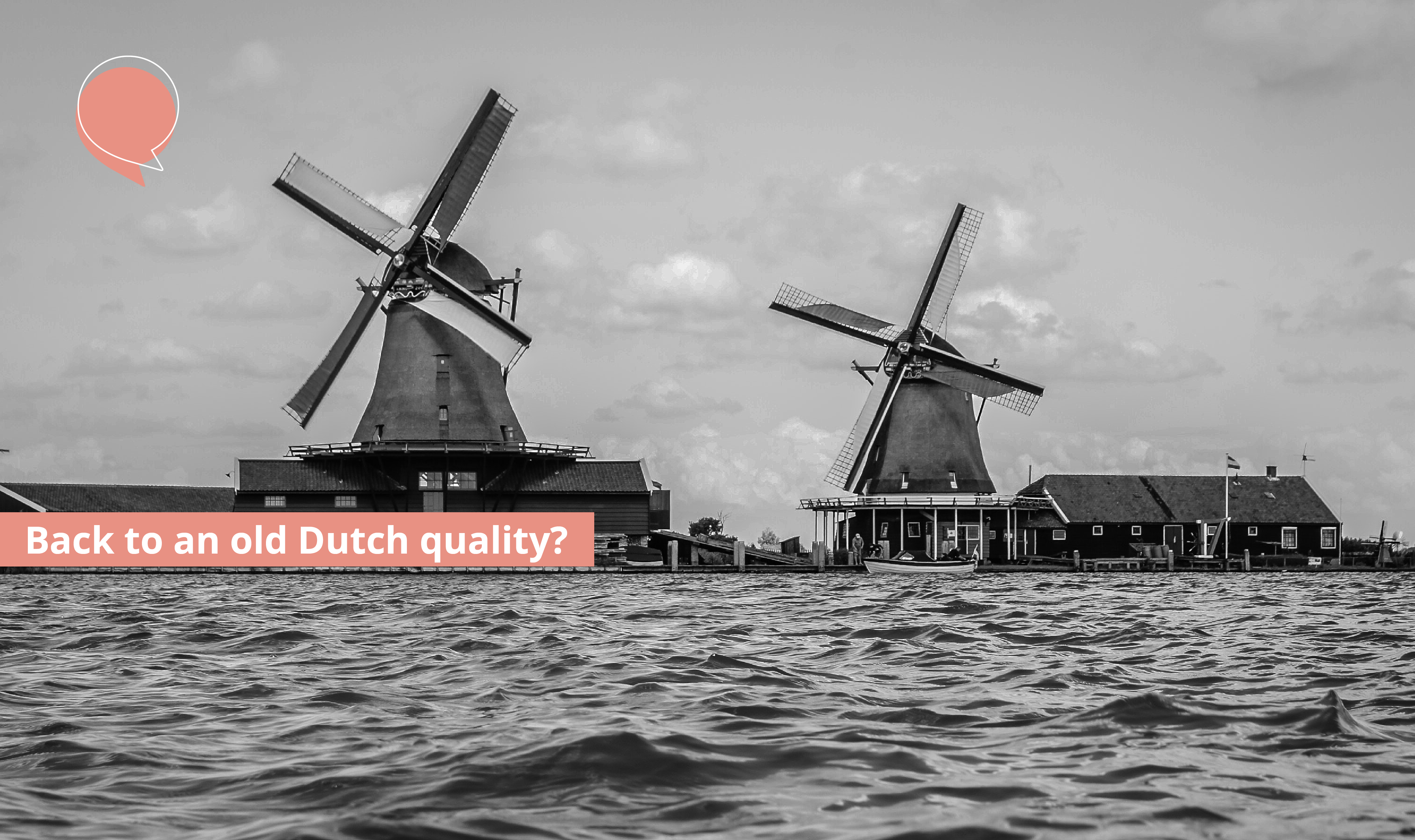 Back to an old Dutch quality?

The Dutch were long known for (and prided themselves on) a particular quality. Since several decades that quality has more or less gone obsolete. Yet, under the current circumstances, it may soon be in high demand again.

I am pretty sure that the start of my blog post of this month is rather cryptic, so far. So let me explain, step by step, what I mean. I will first explore with you the quality I am talking about, and then try to put it in perspective.

Of old the Dutch are known for, depending how you label it exactly, a certain frugality, thriftiness, of being on the cheap side of things or even downright stingy. And, depending a bit on which part of the country you look at, that quality was more or less looked upon as a virtue.

To put it in historical perspective: the Netherlands were of old not a place where all sorts of crops would easily grow in abundance. That is to say: before the mechanization of agriculture and the invention of artificial fertilizer. So, over time, the Dutch have learned to keep something in reserve for times of scarcity. That goes literally: having one or two weeks’ worth of food in the house, because ‘you never know what might happen’. But also, in a wider perspective. By comparison the Dutch are rather over-insured for all kinds of potential mishaps. And the country has an enormous system of pensions for old age that is even mandatory in many professional groups.

And there was also a religious component involved. In the predominantly Calvinistic north of the country, people tended to look upon ‘luxury’ as being a work of evil, ‘the pillow on which the devil rests his head’. This as opposed to the traditionally Roman Catholic provinces of Brabant and Limburg, where people favored a somewhat ‘lighter touch on life’.

There has been an enormous change in all this since the late 1960’s. That period witnessed an explosion of unprecedented prosperity, which allowed people to let go of their frugality. That prosperity was (literally) fueled by cheap oil from the Middle East (the price for a liter of gasoline was € 0,25 in 1970) and by the discovery of enormous quantities of natural gas, first in the province of Groningen, later also under the bottom of the North Sea. All of a sudden the sky was the limit, and we indulged in that prosperity joyfully and to the best of our abilities!

Yes, there has been growing concern over time on the ‘price tag’ of this abundance, in terms of climate disruption and damage to the ecosystem. And, albeit in moderate terms, some people have been changing their behavior accordingly. But that all happened slowly, and sometimes grudgingly. Behavioral changes take time, especially if those changes come with perceived sacrifices.

And now, in the wake of the war in Ukraine that brings about supply disruptions of oil and gas, we are facing a ‘hard reset’. People whose energy contracts expire sometimes face a quadrupling of their prices for gas and electricity. High energy prices all over the production chain cause prices in the retail stores to rise at rates never been seen before. And the wages don’t keep an even pace. In short: the alarm bells are ringing!

Some may argue that ‘we are now finally beginning to pay the real price for our energy’ in terms of climate impact. Having said that: it all does happen at a very high speed, and I am curious how we are all going to cope.

For the long term it may not be enough, climate wise, but for the short term some measures will help. Turn the thermostat a bit lower and wear a warm sweater instead. Take the bike more often, rather than the car. Take a cold shower, rather than a hot one, if you’re a real daredevil. I’ve been doing that for a couple of months now, and it is true what they say: you get used to it pretty fast, and you may even get to like it. Some say that taking cold showers even comes with some health benefits.

Regarding my Dutch compatriots: I am curious if they realize that, as little as one or two generations ago, we fostered a core quality that may serve us very well, in the winter to come, and beyond. And if we can regain some pride in that quality!

The Netherlands and its ‘Tulip Mania’
A Look at the Dutch Cycling Network
VISIT For More Tips, Trips, and Stories From Our Community