Get Market Ready with the #Talent100 Program 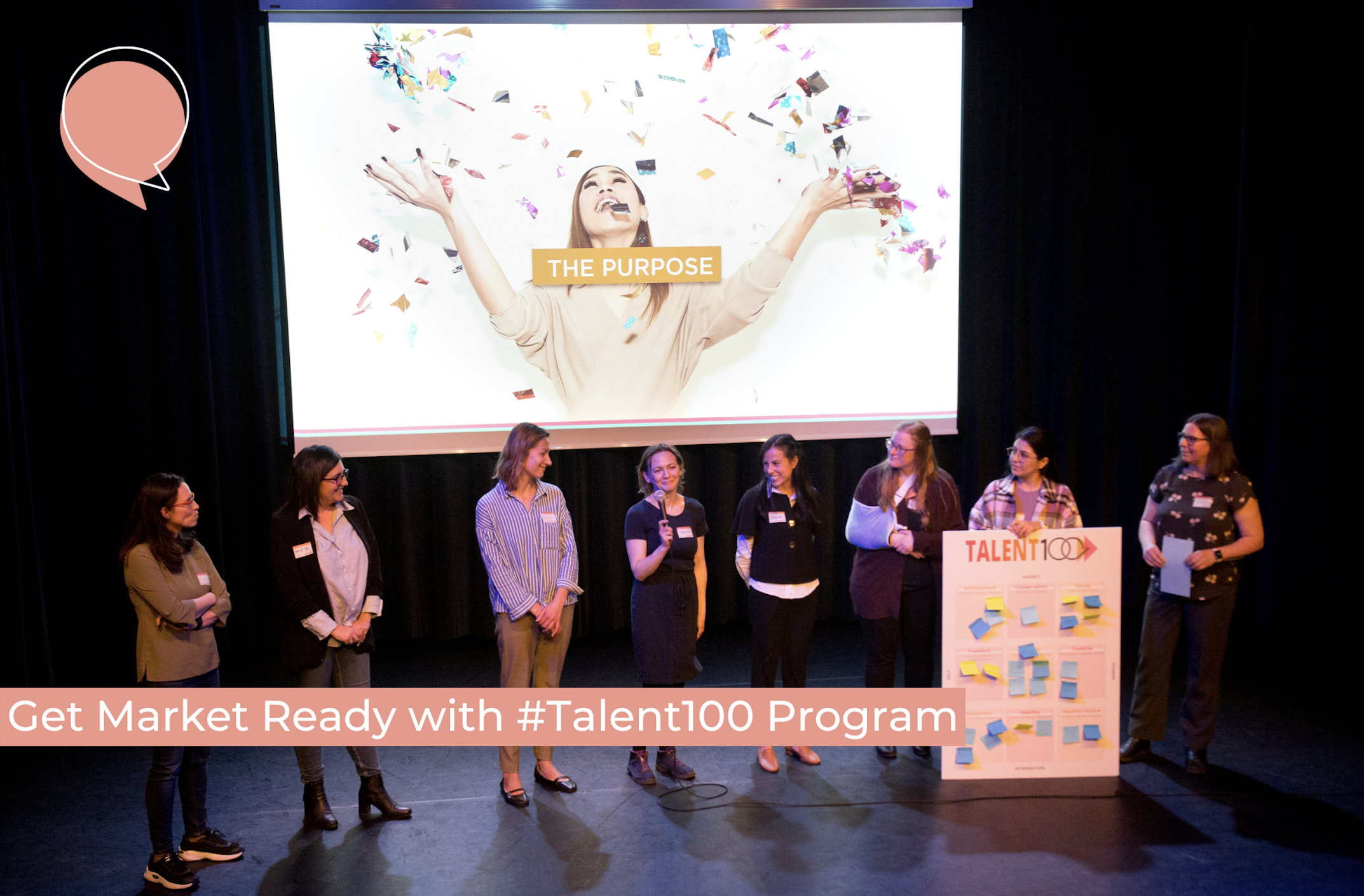 Get Market Ready with the #Talent100 Program

On the 7th of July, 2022, Expat Spouses Initiative (ESI) hosted the Talent100 LIVE event as the exciting conclusion of the first edition of their Talent100 program at the Conference Center of the High Tech Campus Eindhoven. The event gathered the program’s Talents, recruiters, and other influential people and organizations across Brabant to inspire, learn, and network together. 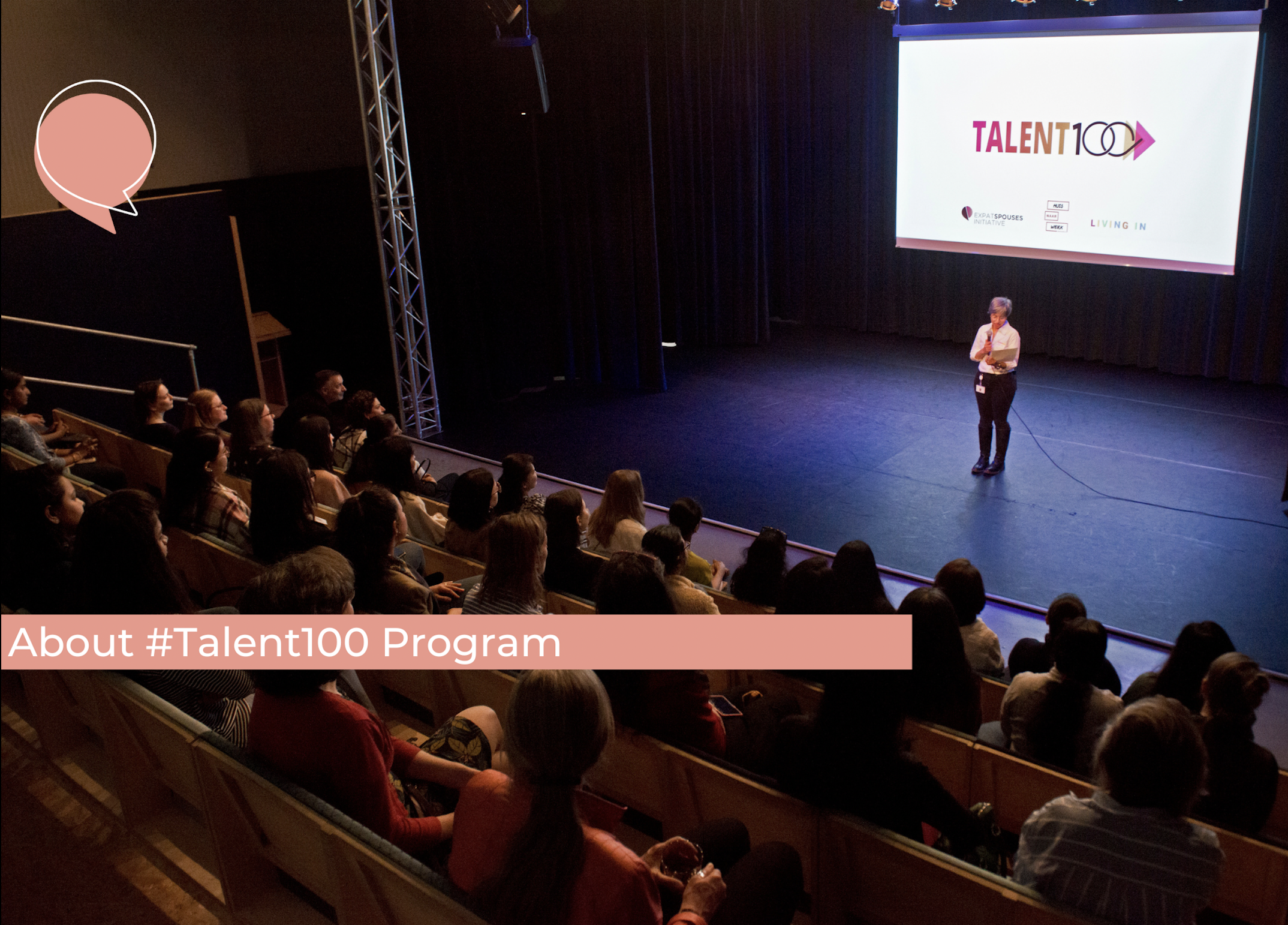 The Talent100 program is a collaboration between three outstanding organizations in the Brabant region: Huis naar Werk, Expat Spouses Initiative (ESI), and the LivingIn program of the Holland Expat Center South, and is designed to connect local international Talents with the local labor market.

During this intensive 12-week program, the program’s participants known as Talents, 40 in this first edition, are provided with trainings, support, growth, and networking opportunities to help them scale up their skills and transition them back to meaningful work. Talents are also paired with a mentor or Ambassador, who is an established local professional with a similar career, who helps and supports them throughout the process. Talent100 goes beyond the resume to consider other aspects of the hiring process from both the perspective of the Talent and company, such as personality, cultural fit and job requirements to ensure both parties are suited for one another.

The culmination of the program is Talent100 Live. 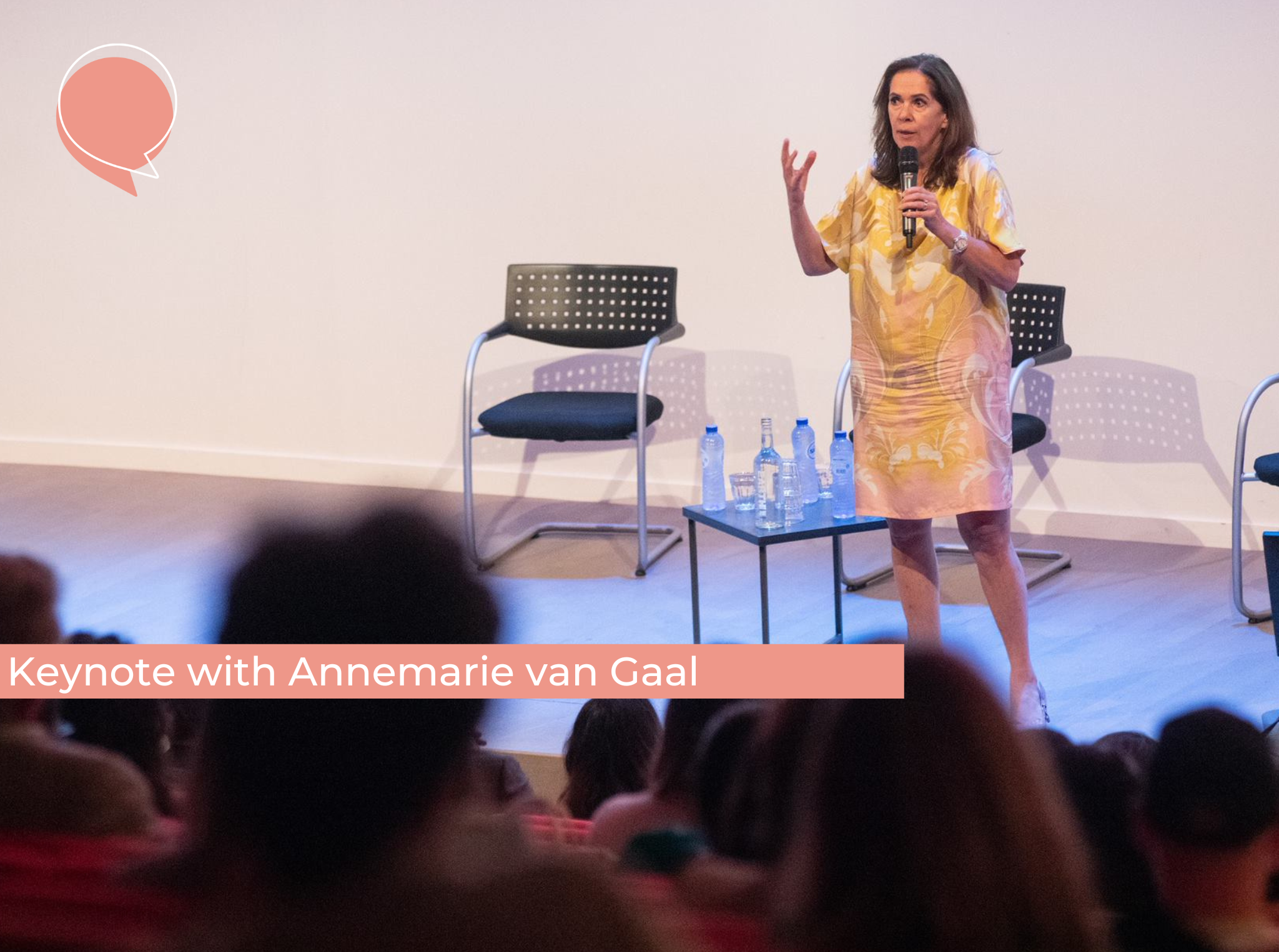 Although described as an exclusive recruiting event, Talent100 LIVE is much more than that. It was a motivational and uplifting event that highlighted the advantages organizations receive when they think and hire internationally including a variety of facts, moving testimonials, speeches, and panel discussions from an array of professional women across professions, sectors, and cultures.

Annemarie van Gaal went to Russia in the 1990s on behalf of the largest Dutch publishing house at the time. How did she get the job? No one else wanted the job but she did. This was at the time when Russia was just beginning to open the door to Western businesses and everyone wanted a slice of this new untapped market. Unfortunately, it did not go well. The business failed and she was recalled to the Netherlands.

But she didn’t go. Instead, Annemarie took her accumulated knowledge and started her own media company called Independent Media. And it flourished! In five years’ time, Independent

Media grew from just ten employees to 700 with an impressive portfolio of over 20+ magazines, four newspapers, trade journals, and more becoming the largest independent publishing house in Russia.

“If I have to peel everything off, and tell you, what the secret of our success, is and why our competition failed it basically comes down to 2 things.”

1) she implemented hiring practices that went beyond the resume and instead chose the best candidates for open positions based on anonymous assignments grounded in the core competencies of the job;

2) she consistently looked to the market for advice. These two things coupled with a firm belief that success was impossible to achieve alone led to innovative collaborations and imaginative practices that are gaining a foothold in the hiring strategies in the Netherlands today.

So, take Annemarie’s advice and do as the old adage says, “don’t judge a book by its cover!”

The agenda for Talent100 LIVE then proceeded to two panel discussions: one about new approaches to engage and retain talent in future workplaces and the other about building future teams and how to attract and retain new talent. 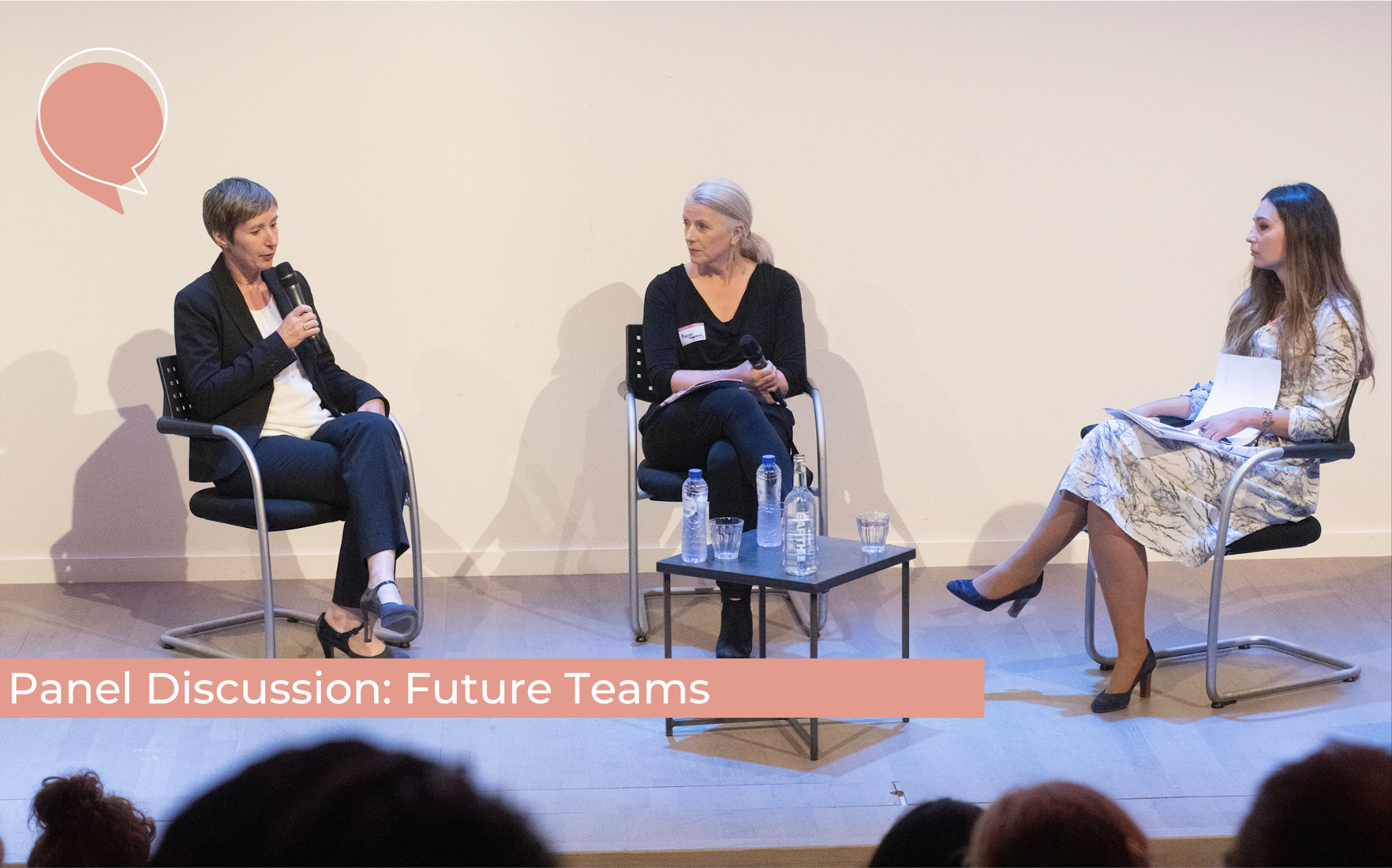 This panel was a three-way conversation between Ilse van Aalst, human resources manager of PACCAR Parts Europe and Information Technology Europe at DAF Trucks NV; Marian Thunnissen, professor and researcher at Fontys University of Applied Sciences, and the moderator Alina Totti, policy advisor for the Province of North Brabant. Each panel member represented a different branch of the triple helix model of innovation: industry, government, and academia. They candidly debated the current labor trends in the region and how each of their sectors can build diverse and inclusive future workplaces.

From the perspective of government, Alina espoused the need for government policies that will embrace diversity in order to attract and retain a diverse pool of international talent. She also emphasized the need for employers to realize that decisions for internationals to stay or leave involve the entire family therefore engaging in family-friendly policies is essential. The economic consequences of ignoring this reality are simply too high.

While diverse teams have proven to routinely produce more innovative solutions, there are potential pitfalls that come with diversification such as cultural differences and a lack of team cohesion.

Ilse van Aalst spoke at length about the ways DAF Trucks NV works to avoid those issues within their own company. In today’s labor market, she said no talent can go unused therefore companies must endeavor to create accommodating workplaces that see people for their possibilities rather than their resumes. At DAF, it begins with the onboarding process and a realization that diverse teams have more in common than differences. They find ways to celebrate those differences in an inclusive way, such as international potlucks which give team members the opportunity to share what they are proud of and help them to build connections and team cohesion.

And finally, Marian Thunnissen offered the findings of her study designed to measure how well Dutch multinationals and SMEs attract and retain international talent. She found that international companies are better able to attract talent because of their established name and branding while SMEs have little experience, lack systematic hiring practices, and are therefore less effective in attracting international talent. The study also revealed that regional branding is important to help attract talent to regional SMEs. Internationals from abroad may know the Brainsport region for example, but may not know the SMEs that are located there in comparison to the multinationals. 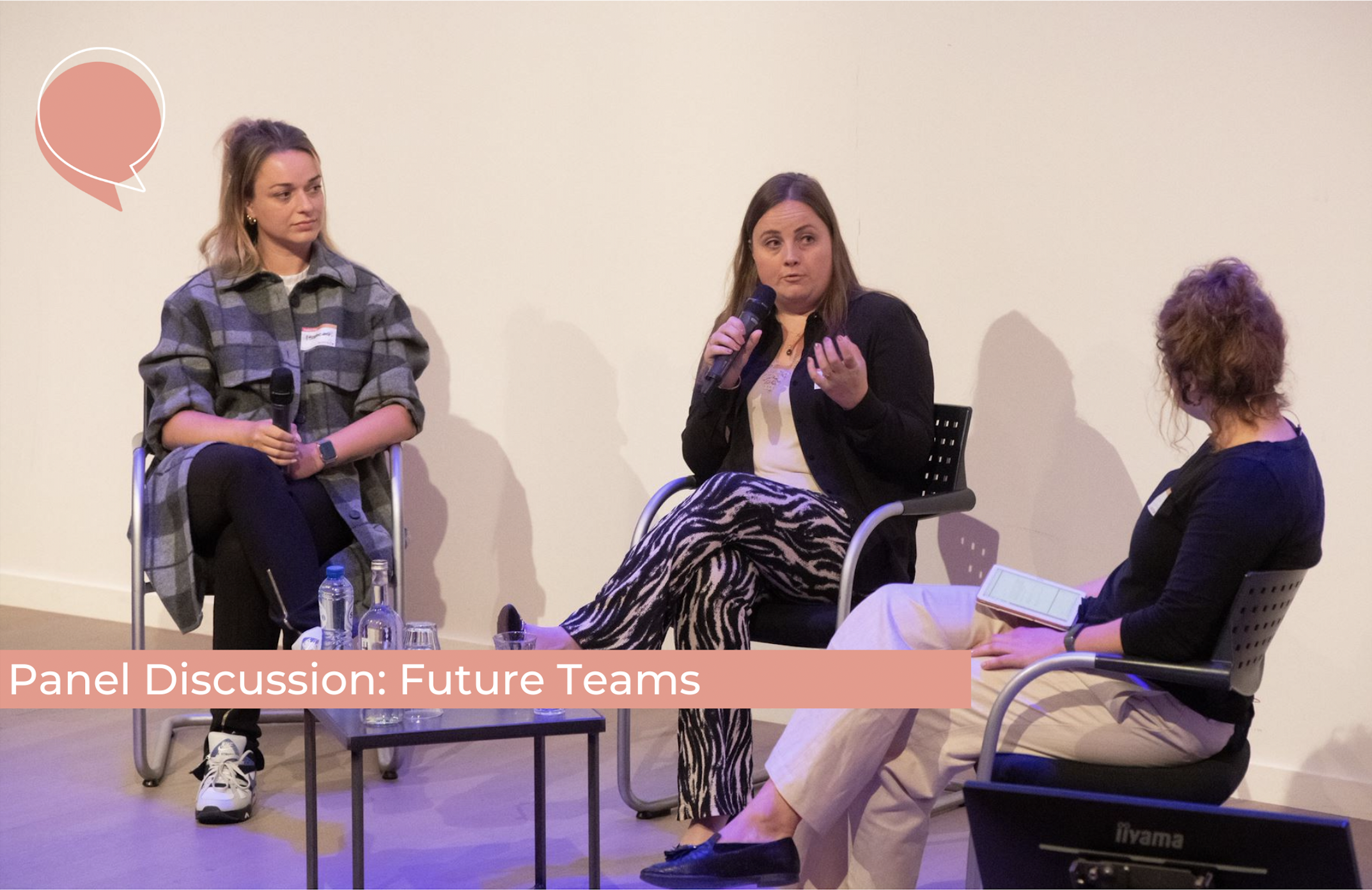 The next panel members discussed the major challenges companies face when attracting and recruiting international talent and how they overcome them from the view of companies who have successfully hired international recruitment in the region: Sanne Cuijten, Corporate Recruiter at ICT Group; Isabeau Bruno, Global Head of Talent Magic at Sendcloud, and; Mira Dreessen, Project Manager at Brainport Eindhoven acting as the Moderator.

They then moved on to talk about the importance of managing expectations not only from within the companies such as having a clear job profile so everyone on the recruitment side is clear about who the ideal candidate is, but also managing expectations for the applicants as well. Candidates need to know what they can expect in terms of the company’s work culture and also how the life and culture in the Netherlands compare to their own culture.

And finally, the major challenge these recruiters and many recruiters in the Netherlands are facing is the talent shortage. The labor market is strong right now, meaning that there are more positions available than people able to fill those positions. To address the talent shortage, ICT Group is working more to attract talent from abroad, using the traditional methods like headhunters, but also building partnerships with other organizations such as universities to build more brand awareness. And Isabeau from Sendcloud, they are working on becoming more flexible which will allow them to hire faster from abroad. They’re also working to improve their hiring scope to more easily find international talent that is already in the region.

The panel ended their discussion by offering tips for local companies to help them recruit more international talent:

“You can’t do it by yourself. Please work together. For example, we are working with the Women to Women program as well as partners not only in the Netherlands but also in other countries. You can create more things together than by yourself.”

“Be prepared[…]I think they need to train everyone on their team, so they are aware of that process and the factors that can come in [when hiring international talent].” 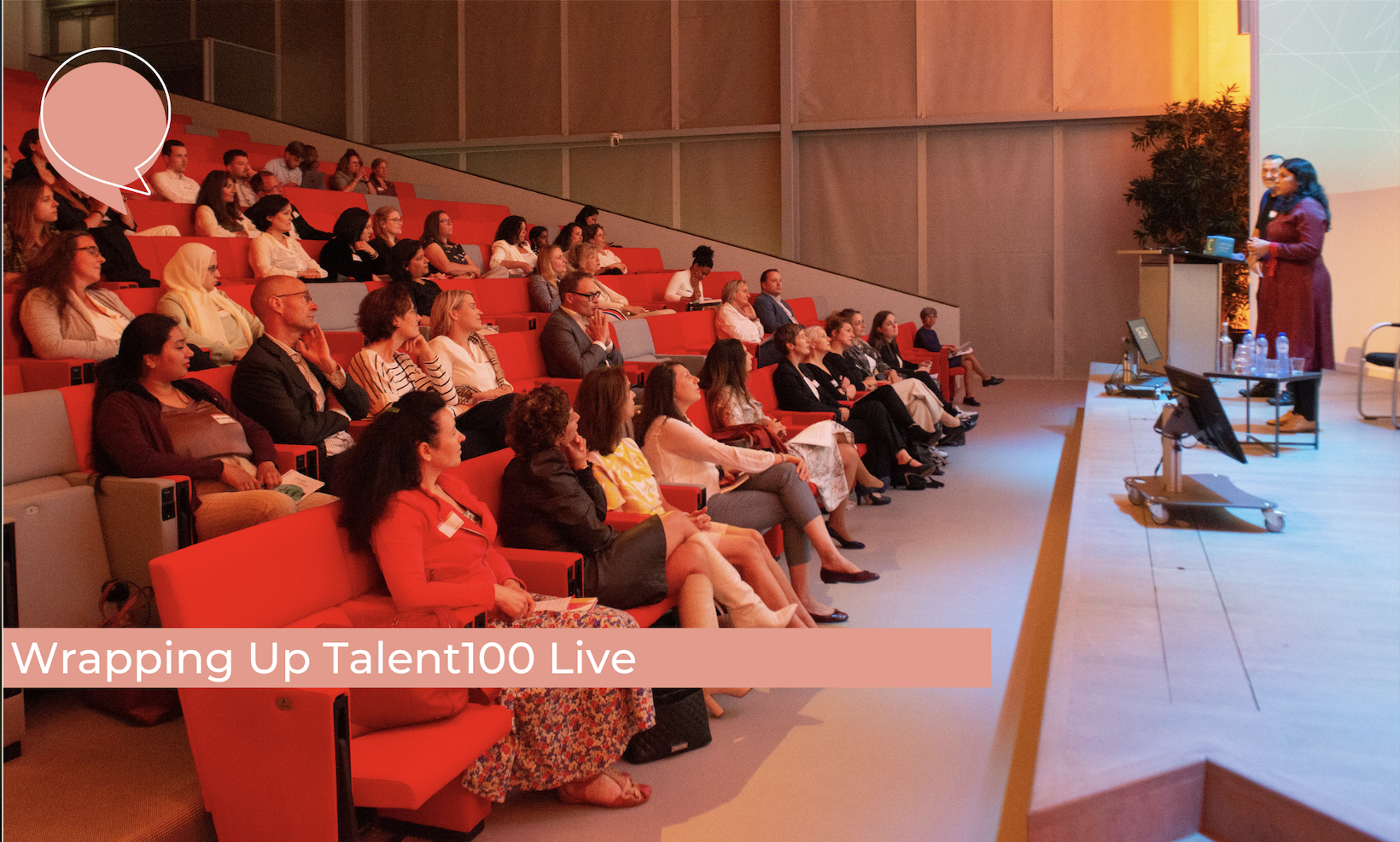 Throughout the event, the speaker and the panel members shared a common message: that creating an inclusive environment that can attract, retain, and maintain international talent is vital for the region to thrive and the collaboration of all stakeholders is needed to make that happen. In addition, current hiring practices must go beyond the first hire and think about their spouses and families who often relocate with them. Future-proof workplaces will be those that can anticipate the needs of the entire family, particularly spouses, to reduce the stress of international transitions, and boost worker productivity and retention rates. This is why organizations like the Expat Spouses Initiative are so important and help facilitate and transition trailing spouses back into meaningful work.

A special thanks to Annemarie and all the panel members for making the Talent100 program and the Talent100 LIVE event a huge success and good luck to the Talents going forward!

While the first edition of the program has come to an end, with thirteen of the Talent already finding positions, the Expat Spouses Initiative is looking for 60 applicants for the second edition of the program which will start in September. If you are a trailing spouse looking for support to get you market-ready or need guidance to make a career transition then don’t hesitate to register now. ESI is ready, willing, and able to help you find the job of your dreams.

ESI can help companies too. If you’re a recruiter and want to find out more about the amazing pool of Talent ESI has or how you can participate in the next Talent100 edition or their other programs, please check out this page for more information. Together we can build future teams and future workplaces and make Brabant the most attractive place to live for locals and internationals alike!

Claim your spot in the new edition of the Talent100 Program
We Are Not Alone Campaign, is presented in collaboration with Expat Spouses Initiative – Eindhoven, LIVING IN, Holland Expat Center & Brainport Eindhoven. Through this campaign, we aim to bring the International community together and engage them actively.