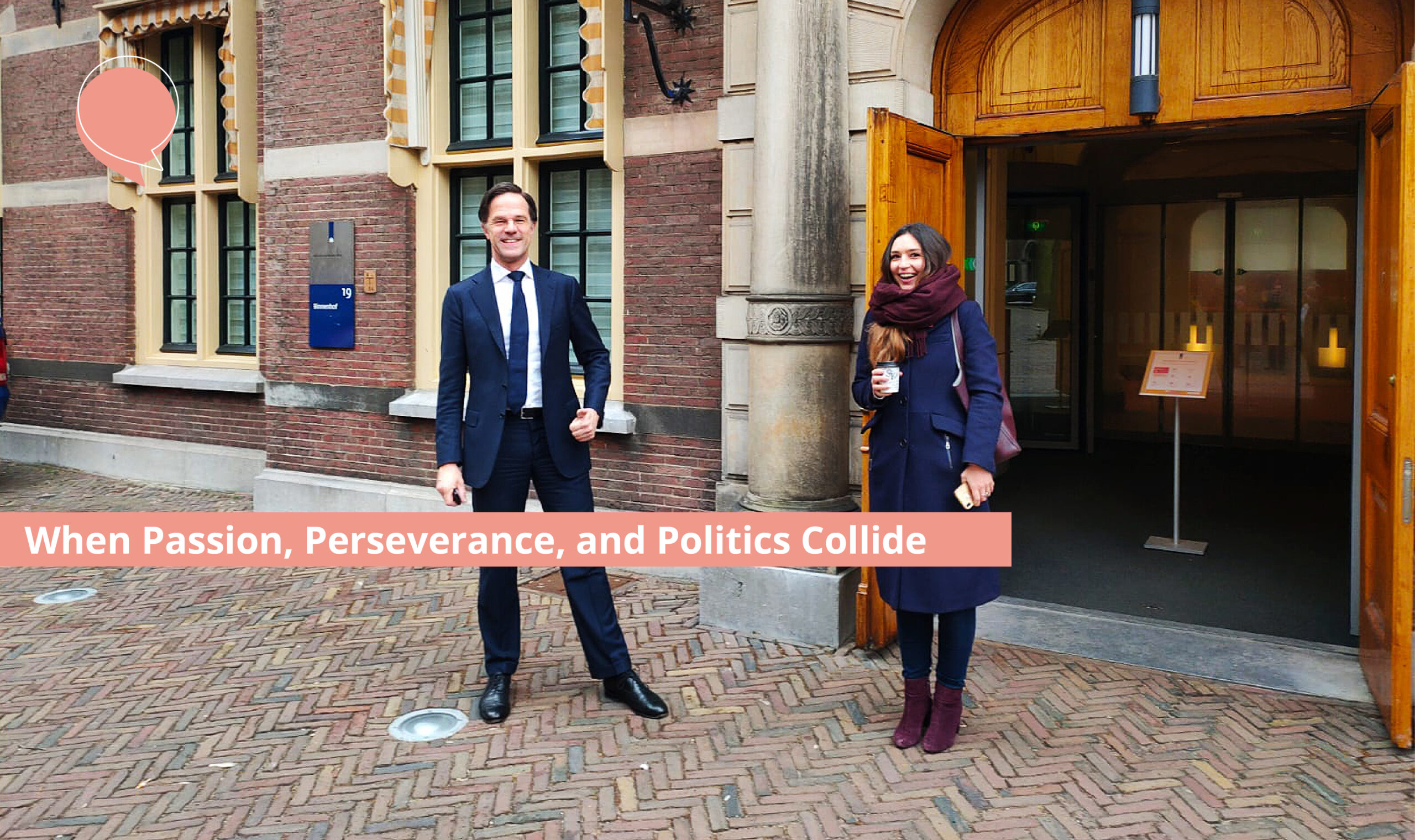 When Passion, Perseverance, and Politics Collide

Alina Totti, a policy advisor for the Provincie of Noord-Brabant and an Ambassador for the Expat Spouses Initiative (ESI) Women for Women Program (WfW), has managed to achieve what perhaps only a handful of others have during the pandemic—move to a new country, learn Dutch, and start a professional career by leveraging her network. To understand how she did it, we need to go back in time.

First Steps Towards the Netherlands

Alina is originally from Romania. Her educational background is in journalism and Eastern European studies, which she combines with a deeply rooted passion for politics. Besides Romania, Alina has studied, lived, and worked abroad in many countries including the United States, Finland, and Belgium. Her first step toward moving to the Netherlands came when she was working at the Embassy of Finland in Bucharest as a political analyst:

“I started advising the Finnish staff in the embassy about what’s happening in Romanian politics. I then started doing these events for diplomats from other countries. I loved my work but I felt something was not right. After many years of being abroad, I felt I no longer fit in Romania. I needed a more international environment, so I started applying, and the only reply I got back was from the European Commission.”

Although it was a difficult decision to leave her life and an established career behind, life in Brussels agreed with Alina. It was there she had a “click moment” where she recognized her professional strengths and applied them in her work.

“I realized that I am good at talking to people. People know me as a networker, but I was not like that before Brussels. It is there that I learned the game of networking and really discovered my passion for European politics. I noticed that I’m happy to go to events and talk to people and tell stories in a different way than through journalism.”

She found a job in the European Parliament after her internship ended, first with the Romanian delegation, then the British one during Brexit negotiations. Alina spent four years in total working in Brussels while maintaining a long-distance relationship before moving to the Netherlands in 2019.

Alina had a rough landing in the Netherlands: “Six months later I was noticing that no one was replying to my job applications and networking was not going anywhere.” As more time passed, and nothing changed, Alina really began to doubt herself:

“I was at home in my tracksuit studying Dutch, but not really doing anything else. You really start to question your identity and your intellectual capability after so many months of being idle.[…]It led me to burnout.”

“But I never gave up. At that time pandemic started, I was volunteering by doing Facebook posts for a political party that targets Romanians abroad. Suddenly my inbox for one of those pages, was full of messages from desperate Romanian seasonal workers, who were trapped in the Netherlands after losing their jobs and accommodations. I contacted a Dutch contact who I knew from Brussels and who I knew was interested in Eastern Europe.”

Light at the End of the Tunnel

This contact was back in the Netherlands working for the province of Brabant. They asked Alina to write a report on the Romanian worker’s situation which she did. Three months later she received a six-month work contract with the Provincie of Noord Brabant in the International Affairs Team, working on a project to improve information for workers from Eastern Europe. To this day, Alina is still working with the provincie as a policy advisor and helping internationals in the region.

Alina also became an Ambassador for the Women for Women Program (WfW) in 2021. The program is an innovative solution initiated by the Expat Spouses Initiative and the LivingIn program that enables and empowers female talent in the Brainport region. Joining the program came at a time when she was going through a difficult breakup and thinking about returning to Brussels because she felt “completely lost in the Netherlands”. “I remember going to the first meeting and hearing the stories of the women, who like me, had come to the Netherlands for love. I saw myself in [these] women.”

Then, Alina had another “click moment”. Helping ESI and the Talents of the WfW program, became her mission and reason to stay in the Netherlands. “I have seen what it’s like when you arrive here, and the peak of despair. I have also seen the light at the end of the tunnel. I’m going to take this as my mission to help some of these women in any way that I can, find their home here and find themselves.” Being a part of ESI allows Alina to be part of a project that helps people avoid the hardships that she faced and really make a home in Brabant. She says:

“It’s important to create social networks and help people access the labor market. We know that an unhappy spouse will determine if the original talent leaves. This will be a family decision. For the province and the companies, this will be an economic loss. It’s important to do programs like ESI to help people feel more at home because that benefits the whole region.”

Alina managed to find her way into the Dutch labor market by engaging her passion for politics, which allowed her to see an important economic trend, and then use her network to reach those with the capacity to help. If she can do that during a pandemic no less, then so can you!

Here are Alina’s tips to guide others:

“The first advice I tell people after learning Dutch is to network. You never know who you’re going to come across that is going give you a tip or maybe a connection to that job you’re interested in.”

“Take the time to be kind to yourself and think about who you are and talk to someone else about this. You might be trapped into thinking “I am this and not that”. You can be something else. You can reinvent yourself professionally by using the skills that you have.”

SURROUND YOURSELF WITH INSPIRATION

“Surround yourself with people who inspire you and people who can build you up in some way.” These are the people who will help keep you motivated and focused when times are tough.

“My honest belief is that nowadays you really need to be visible. It is interesting to see how by opening up to the outside world, the outside world comes toward you. I strongly recommend using LinkedIn in the Netherlands.”

Alina’s journey is a testament that anyone can make a fresh start if you know your strengths and vehemently pursue your passions and goals. The Expat Spouses Initiative stands ready to help you find your professional footing in the Netherlands, contact them today to learn more about their programs and how they can help you whatever the stage of your professional journey. Or you can read more inspirational stories about living and working in Eindhoven, as well as Dutch culture, in the Tips, Trips, and Stories from our Community section. 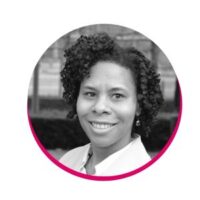 A natural storyteller and aficionado of the written word, Ariel Slaughter works as a freelance writer and editor. She has a dual Bachelor of Arts in Communications and Rhetoric and Japanese Literature and Language from the University of Pittsburgh as well as a Master’s of Arts in International Relations from the International University of Japan.

An Advocate for Women & Diversity in Tech
VISIT For More Tips, Trips, and Stories From Our Community
Keeping you up-to-date on what you need to know about the latest information during COVID-19.