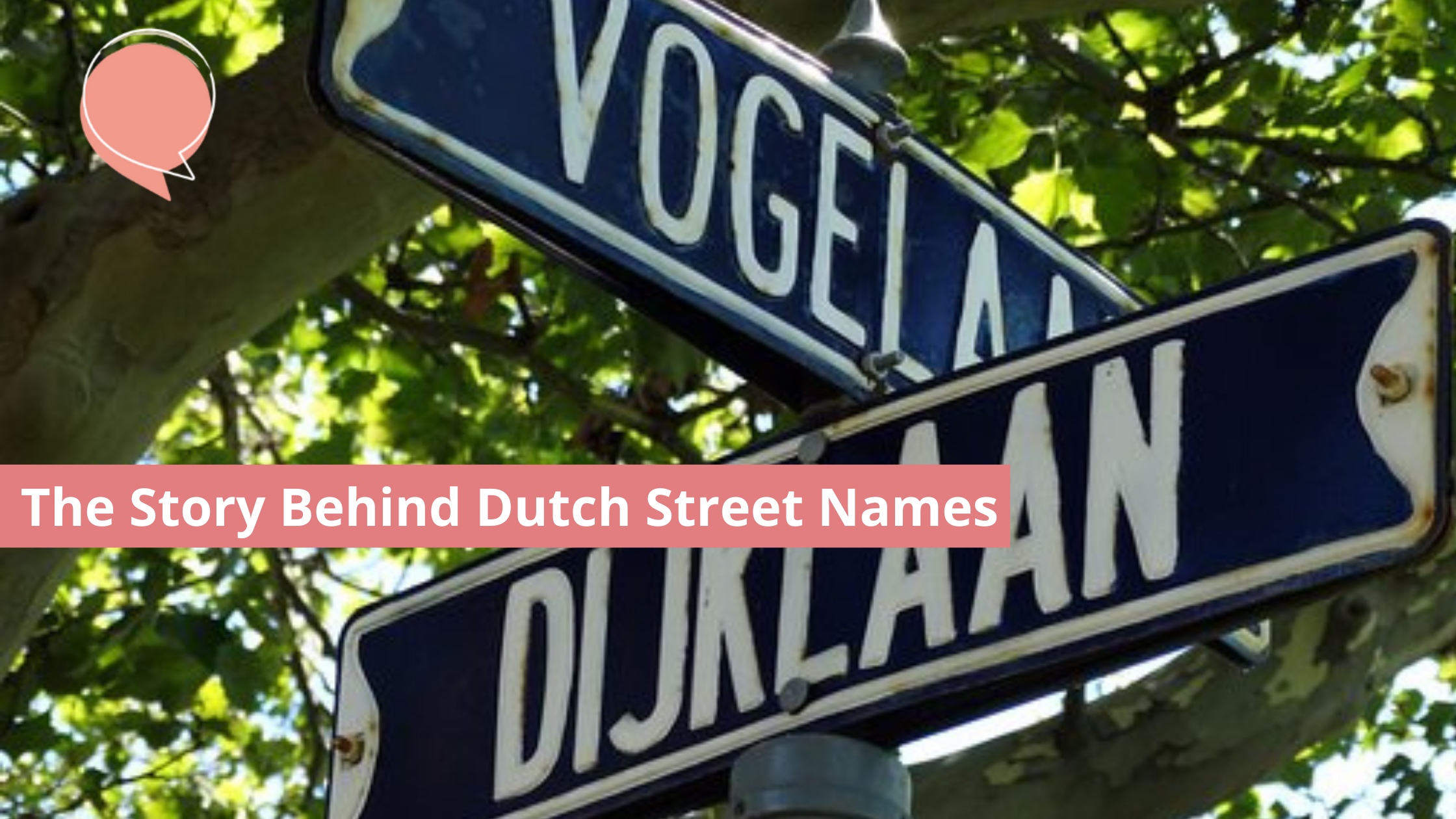 The Story Behind Dutch Street Names

If you would, for instance, be in New York and ask where to find a particular store, someone could tell you to go to the intersection of 42nd street and 7th Avenue. That is not the sort of answer you are likely to get in the Netherlands. As opposed to for instance, in many cities in North America, the Dutch always apply names to their streets and not numbers.

Do you often struggle with Dutch street names and house numbers? This interesting read offers a little exercise in the Dutch language and explains the recurring elements in Dutch street names. After hanging around in town for a while, you’ll pick up the most common endings of the names on the street signs here.

Straat – Pronounced pretty straightforward but with a rolling R and putting the emphasis on the ‘A’s’, which are pronounced as in banana. Obviously, it means street.

Gracht – Remember your notorious Dutch G now! Means canal. Here your ‘A’ sounds like it does in marvel. A very important one to know, especially in some parts of the country.

Plein – Very easy to pronounce, almost like plain. Means square (not in the sense of geometry but like an open public space in a city).

Dijk – It sounds like dike when you say it out loud. A dijk is a sort of small dam. 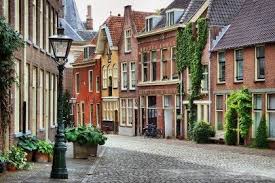 Kade – Also very straightforward, the ‘A’ gets the emphasis and is once again as in banana; most people say this correctly automatically. It means quay, and hence it is no coincidence that kades are usually found near water.

Sluis – The ‘UI’ combination is pronounced like eu or au. A sluis is a sort of water passage. In English, it is called a sluice.

Of old certain street names are often used. Many Dutch cities have at least one ‘Markt’, a marketplace. Bigger cities may have more than one ‘Markt’, like the ‘Vismarkt’ (Fish Market) and the ‘Kaasmarkt’ (Cheese Market).
(Note that in Dutch, the different elements that make up a word are often ‘glued together’, where they would be spaced in English).

Of somewhat later date you can find many examples of a ‘Stationsweg’, the road near the train station. Traditionally many streets or roads were named after the location that they lead to. In Eindhoven, for instance, you have the Geldropseweg, the road that leads to the village of Geldrop. On the Geldrop side, that same road is named Eindhovenseweg because from there, it leads to Eindhoven. Other examples in Eindhoven are Heezerweg (once lead to Heeze) and the Strijpsestraat (Strijp).

Many other streets are named after people. The royal house is popular here. Like Koningin Julianaweg (after queen Juliana, the grandmother of the current king), the Koning Willem I laan (first modern king), and so on. In many cities, Eindhoven included, you will find a lane or street named after President John F. Kennedy. Over time, naming streets after people can become a bit tricky. How shall I put it? One century’s hero can become another century’s colonial oppressor.

And it’s the streets named after people that also make-up the list of the longest street names in the country. A friend of mine lives in the village of Katwijk, in the Wethouder Fierman Eduard Meerburg senior kade, a quay named after a former local alderman. Now try to enter that in the address line of a form! In the list that I found online, it is the third-longest street name in the country.

Cities or villages became very creative in coming up with new street names. Sometimes out of necessity (you only want the same street name once in a city, so large cities simply needed to be creative). And sometimes for the fun of it, or to be a bit distinctive. In the village of Geldrop, for instance, on both sides of the Tolkienlaan they have an entire area where all street names are based upon Tolkien’s Lord of the Rings trilogy and his Silmarillion.

In case you are a dedicated LOTR fan (like yours truly) and you have something like ‘Wow, I need to go there and take some pictures to send to my friends, bear in mind that those street names were based on the Dutch translation of the books.

Most names are the same in Dutch as in the English original, but some differ. Examples are ‘Sam Gewissies’ (for Sam Gamgee), ‘Peregrijn’ (for Peregrin Took) and ‘Merijn’ (for Merry Brandybuck). 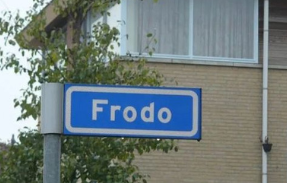 The numbering of the houses

Over time, several international colleagues at the university indicated they had trouble detecting the underlying system in how the houses are numbered here.

In general, you will discover that the house numbers in Dutch streets are divided so that the even numbers are on one side of the street and the odd numbers on the other. The numbers increment per house, and not per a lot of ground. So, sometimes when an additional house is built in the street, the numbers will have to be changed, or a letter is added to them.

As a rule of thumb, the lowest house number is on the side of the street closest to the city center. However, that distinction may have gone lost over time. For instance: what we now call ‘Eindhoven’ is a conjunction of what once were multiple smaller villages who all had their house numbers start from their village center.