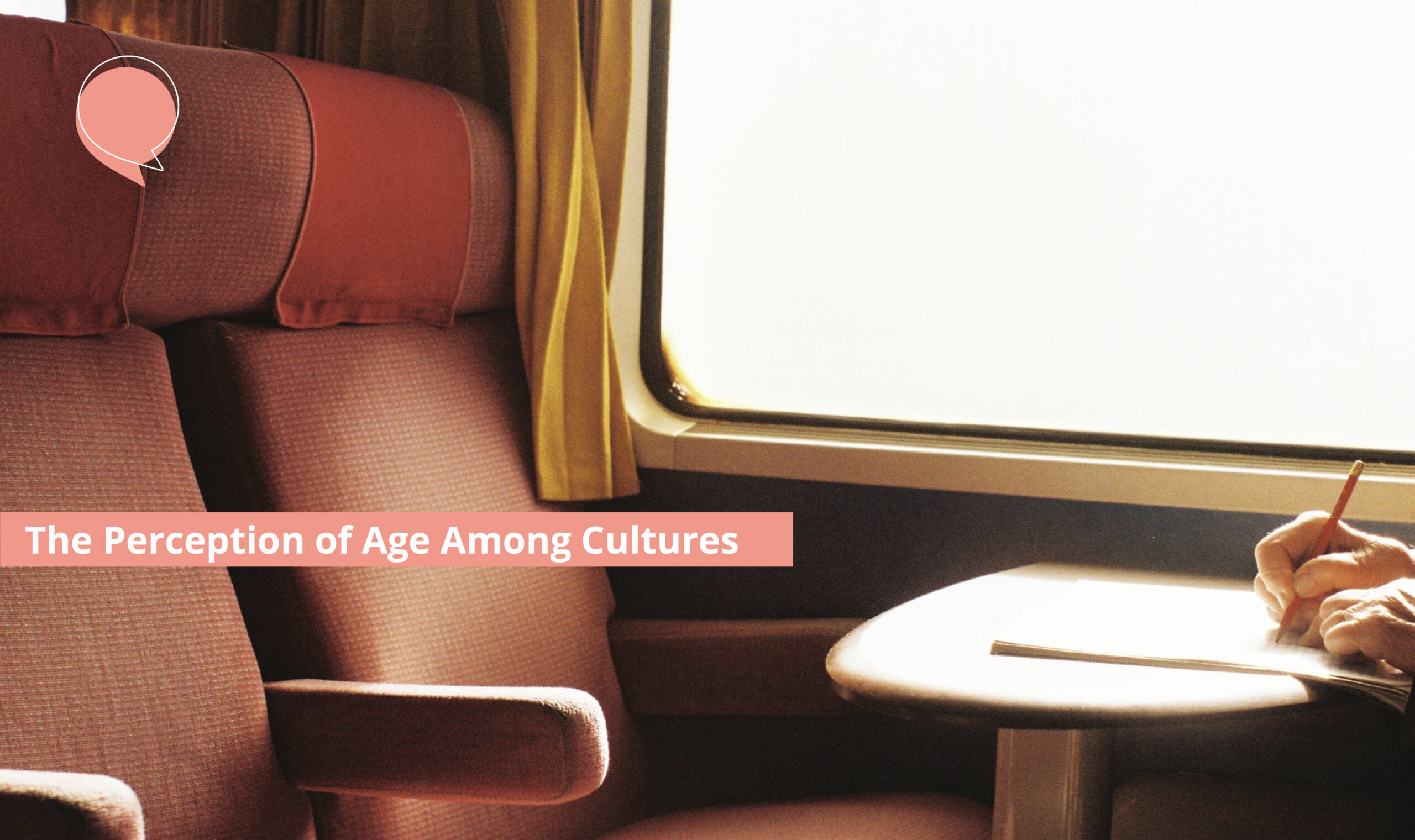 The Perception of Age Among Cultures.

I once witnessed a little incident, dear friends. And it gave me quite a bit of food for thought. I will detail the incident first, and then share the little contemplation that it brought to me.

I was in The Hague for a work meeting. My way back home started in a crowded streetcar to the railway station. In that streetcar, a man in his early thirties offered a woman about my age his seat: “Please sit down, ma’am, you’re older”. He seemed to me to be of Southeastern European origin, while she had an air of ‘the Hague since many generations’ around her. This last observation may seem like a rather irrelevant addition to you, but it is not so for the point I want to make in this blog post.

Instead of happily accepting the seat, the woman stiffened. She looked the other way and responded with an irritated “Hmpff!!!”. She very explicitly remained standing. In turn, the man now visibly experienced discomfort. He probably realized that the gesture he made was all right, but that he would have been better off keeping the explanation he provided with it to himself. Eventually, another passenger sat down on the vacated seat, and the trip to the station continued.

I spent the rest of the trip home reflecting on what I had just seen. I realized: this was a misunderstanding between two cultures. What the man meant to communicate, in this case about ‘age’, and what the woman picked up from it came from two different worlds of perception. In the ‘Western world’ (Northwestern Europe, North America and Australia), people are fixated on youthfulness, especially of appearance. Youth stands for ‘vital’. Youth matters and owns the future. Everyone wants to grow old, but no one wants to be old. And most certainly not be looked upon as such. Whole industries thrive on this fixation. The cosmetics industry, the Botox merchants, and hordes of cosmetic surgeons are all making good money on it.

However, in many other parts of the world, from the Balkans to Asia and Africa, it is the other way around. There, ‘being older’ is equivalent to ‘having more life experience’, to ‘wisdom and authority’. One has lived a part of life, one bears the fruits of that, and for that reason deserves respect. One is a beacon, a cherished role model. The aging person is seen as gradually making his or her way back towards God, towards the Light, the Ancestors. So, compared to the young person, who is still deeply entrenched in life, the older person is closer to ‘the Higher’. Now you probably understand the misunderstanding above. The man in the streetcar meant to show respect. The woman, from her perception, felt discarded.

While thinking about this, I also related this contemplation to myself. I am in a progressing stage of my life and career. I am ‘Late Summer’ and I bear fruit. In order to bear that fruit I have had to grow up, learn, fall and stand up again many times, bump my nose into things and gain experience. And the fruit I bear I now offer. As your humble blog writer, for example.

And at work, I offer the fruit of my life experience to the generation of young ambitious colleagues that comes storming-up after me, eager as I once was to make a difference in their turn. I no longer have to compete with that eagerness. Nor do they ask me to run along with them at the same pace. But occasionally they do ask for advice on which direction to run to, and on how to best use that surplus of energy. I coach them, I think along with them and give advice. And you may well know: this new role suits me well!

How shall I put it: thank you for the seat in the streetcar, that you just offered to me. For now, I will keep standing a little longer, if you don’t mind. But one day may come when I will gratefully accept it.

The Netherlands and its ‘Tulip Mania’
A Look at the Dutch Cycling Network
VISIT For More Tips, Trips, and Stories From Our Community