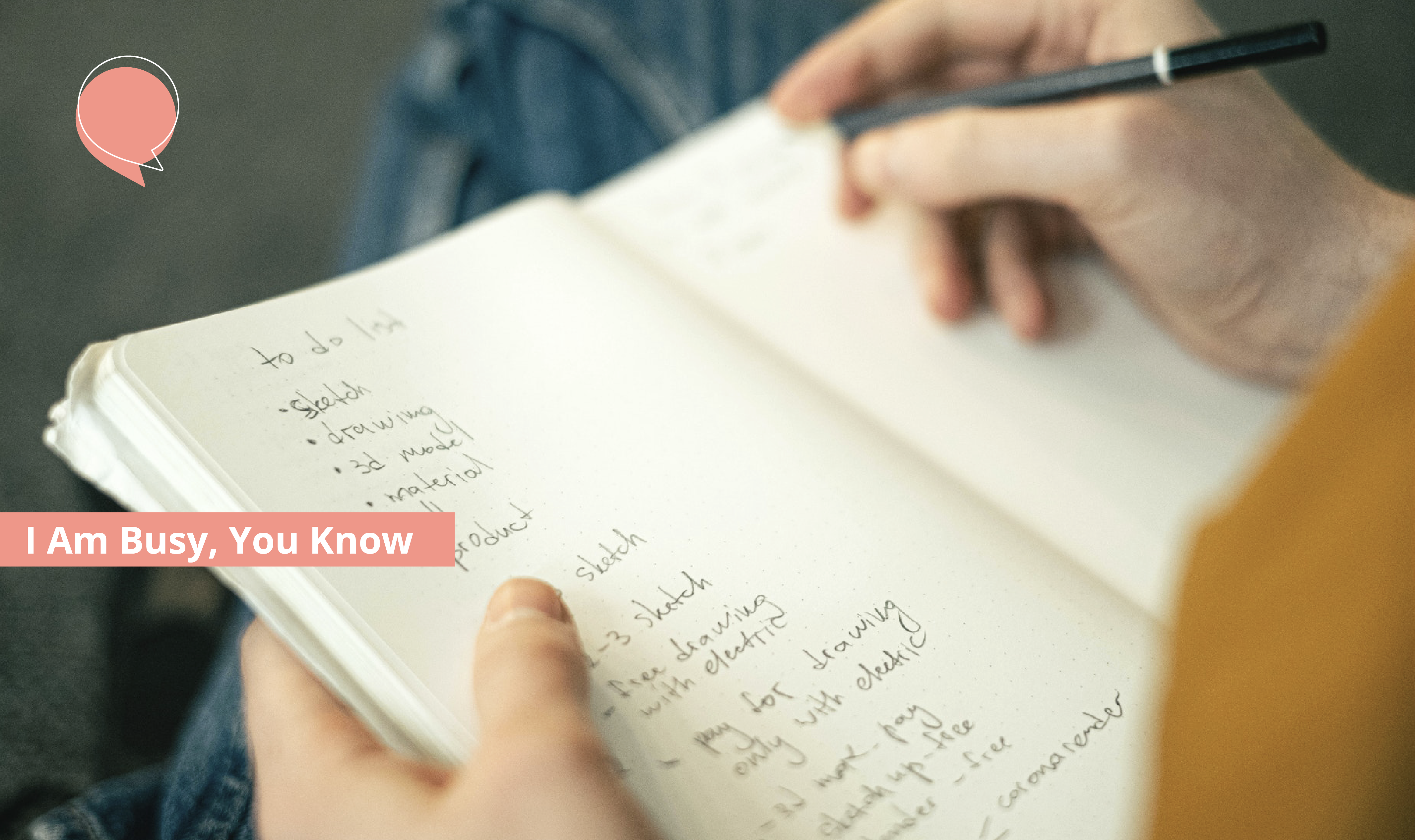 I am busy, you know.

I’ve mentioned it in earlier blog posts: when you talk cultural differences, you talk ‘comparison’. The characteristics of a particular culture are usually not defined in absolute terms, but in relation to other cultures. A culture is more this or that compared to other cultures. Quite often cultural specialists use an axis to depict cultures: “On the axis from A to Z, this culture is more on the Z-side”.

Those who have been following my blog posts for a while know that I say this in a non-judgmental way. Both cultures have their accompanying strengths and pitfalls. But sometimes they may experience a bit of difficulty understanding one another.

These two different cultures vary in how they go about certain things. Just to mention something, and at the risk of oversimplifying things: if, in a task-oriented culture people have a choice between getting the project finished in time and maintaining harmonious relationships in the project team, the work will be finished in time. And in a relation-oriented culture it will likely be the other way around.

You can also notice it in the conversations that people have. For instance: ask the average Dutchman ‘Who are you’? and he will probably tell you what he does for work. Ask him ‘How are you’? and the most likely answer you will get is ‘Ik heb het druk’. (‘I am busy’). Apparently, within the social codes, it is very important that people know we are indeed busy. In an earlier blog post we already saw that this task orientation even determines the basic approach to such aspects of life as food and eating.

If you would go to a relation-oriented culture, and you would ask that same question: ‘How are you’?, you would likely get other answers. ‘I am good, thank you. The children are doing good at school, my parents are healthy’, that sort of things. In other words: you get an answer in terms of the network, of the relations.

Some social scientists attribute this strong task orientation, this strong work ethos of the Dutch, to the influence of Calvinism in the country. For long that has been the predominant religious stream in the Netherlands, especially north of the river Meuse. In Calvinism there is indeed this strong emphasis on work ethos. Among others, it goes back to the first chapter of the Old Testament of the Bible, ‘Genesis’. In that chapter it is told how the first people, Adam and Eve, were cast out of Paradise, as a punishment for their eating from the forbidden fruit. And they are cursed: “From now, by the sweat of your brow will you eat your food”. In other words: only through hard labor will you get by in life. Think of it what you may, but that proverbial sweat on our brows has shaped the mindset of the Dutch, and it persists in our now largely secular society.

It is interesting to remark here that there is some disagreement among social scientists when it comes to the question ‘Did Calvinism shape the Netherlands and the mindset of the Dutch, or were the conditions already present for Calvinism to thrive here, whereas it would not take root in some other countries’? I guess that you and I are not going to resolve that debate here and now.

A nice addition to the above is the notion that, in a different comparison of cultures, there are cultures where predominantly people live to work, and there are cultures where people work to live. And, work ethos or not, the Dutch mainly work to live. Work hard, and save the money for a couple of vacations per year, to go see the world and enjoy it. In short: work hard, party harder!

That is it, for this time. I have to stop writing, and move on to the next job. You see: I am rather busy at the moment😉.